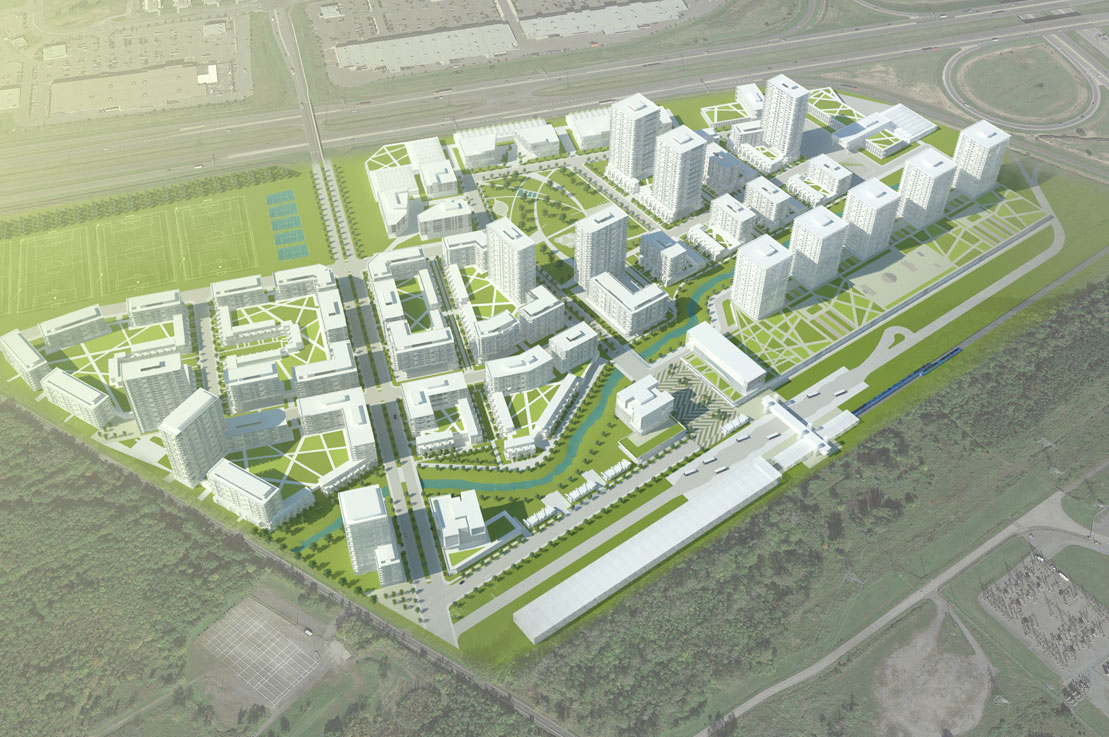 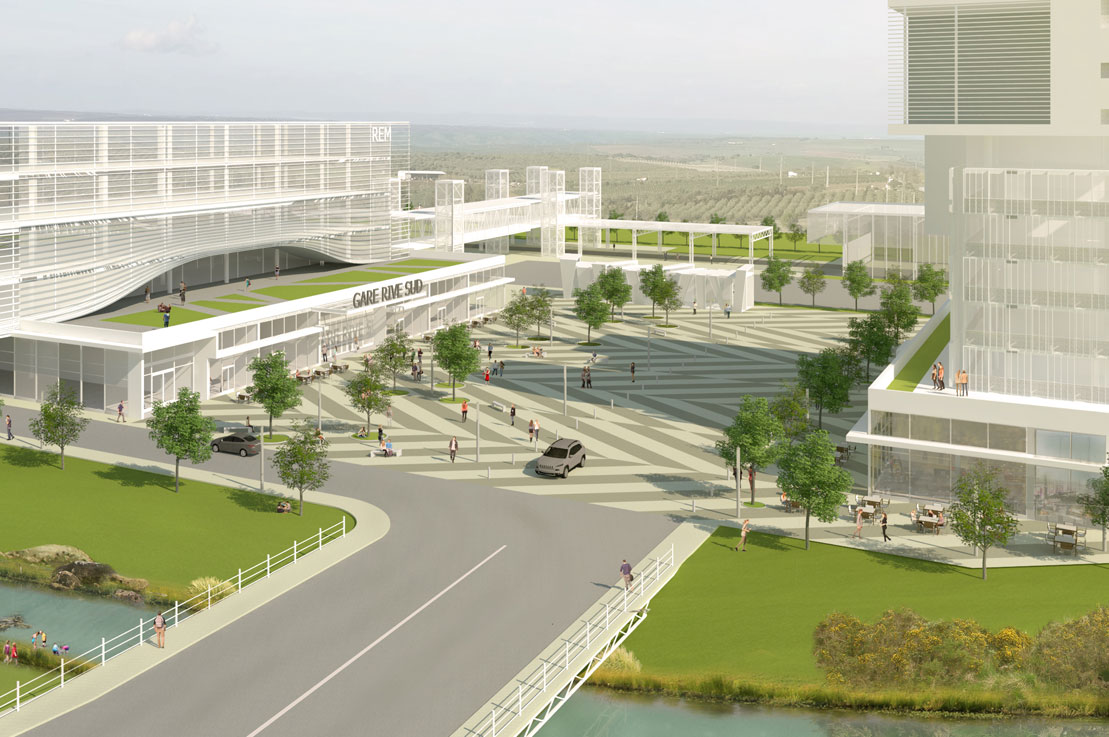 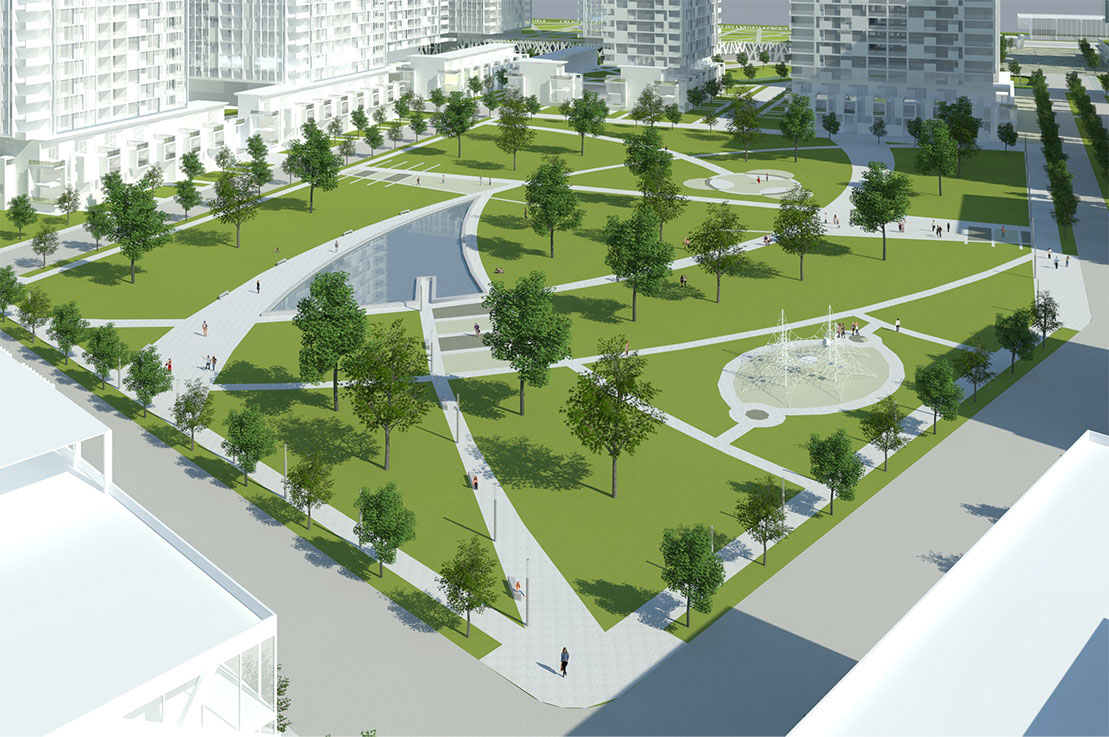 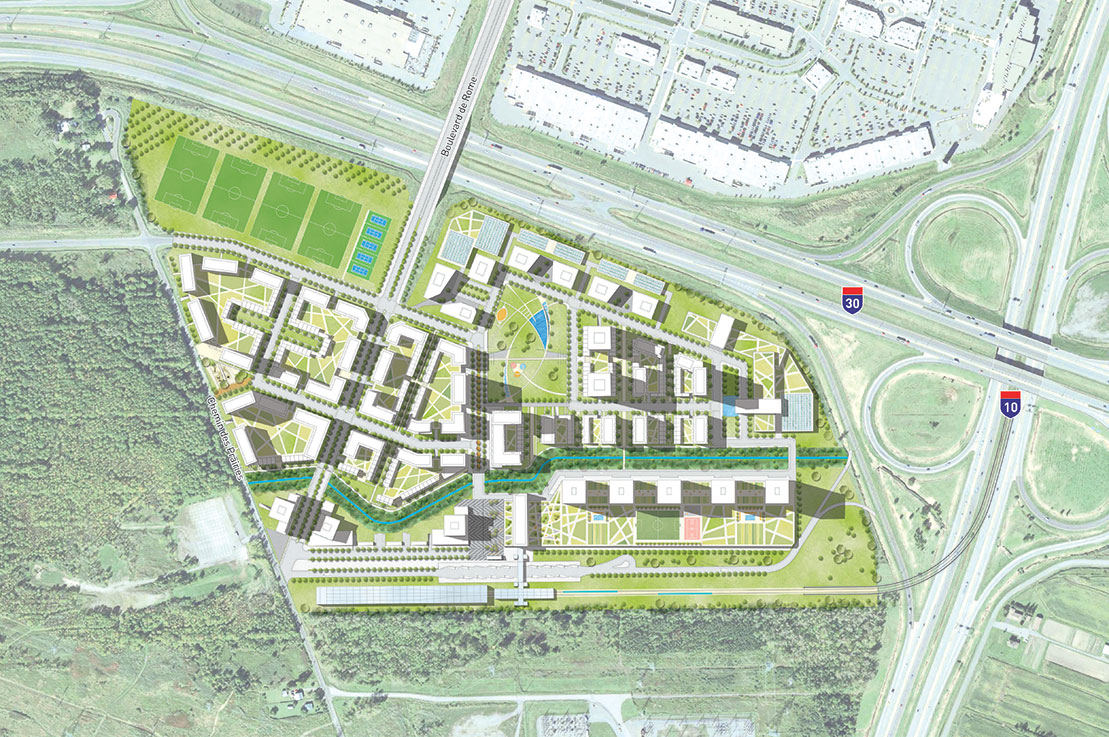 In order to enhance the benefits of this important public transit infrastructure, the landowner mandated Fahey et associés to design a Transit Oriented Development (TOD) mixed-use neighborhood around the station.

The proposed concept aims to establishment a high-quality living environment of dwellings, jobs, services and green spaces in a framework strongly focused on urban agriculture and ecology (greenhouses, green roofs and community gardens). In the long-term, the neighbourhood will house between 6,000 and 9,000 residential units adapted to the needs of the market, more than 200,000 sq. ft. of commercial space, and over 700,000 sq. ft. of office space, all highly accessible and located less than 500 meters from the market and within walking distance of the future station. Mixed-use zones are planned near the station to take advantage of the movements made between the station and the other modes of transportation nearby. These functions are complemented by parks and green spaces (urban parks and sports fields covering nearly 15% of the site), cultivable areas, and a research center for the Union des producteurs agricoles (UPA).